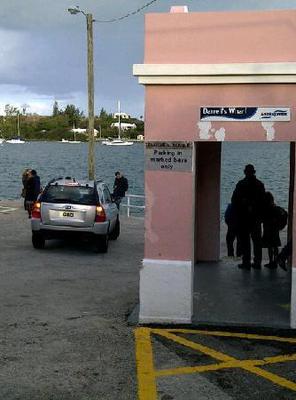 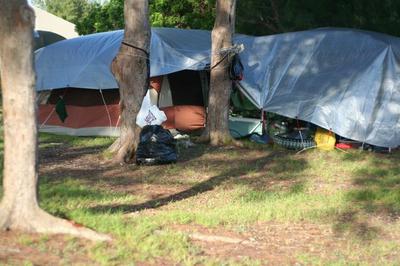 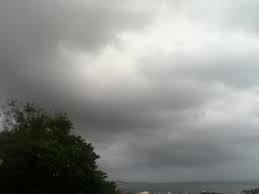 We caught the boat over to the small island where campers often retreated to. Sonny (Damyon, my son-in-law), put up our tent after spending a little time unwinding.

Liz had gone over to the island earlier in the day, so when we arrived we had very little work to do. After setting up the tent we would be sleeping in for the next two nights, finishing dinner and cleaning up, we gathered for song service, and worship. Although a light rain began to fall, we were confident that all would be okay.

But there was one thing I was unaware of…THE weather forecast PREDICTING A STORM.

We thought it best to head over to our tent and get situated for the night. To our shock and dismay, although, our tent was covered, there were holes present that were invisible to the naked eye. We knew this because the bottom of our tent was flooded. We rushed in to save diapers, clothing, and bedding; abandoning our tent and wet air mattress, we joined my daughter’s Mother-in-Law, Liz, for the rest of the weekend. Have I mentioned we had a baby with us? Danae, our granddaughter, who’d only turned a year old within the week.

It seems that most would have taken the flooded tent as a sign, the rain came down and the flood came up, right? but Noooooo…we stuck it out. Later, that night, the winds began to pick up. But winds are nothing to be concerned about, right? I mean, being from Southern California, I’m not unfamiliar to strong winds; as we get Santa Ana winds from time to time with speeds that can range upwards of 40-50 miles per hours, along with dusty gusts, overturned big rigs and low visibility.

But, these were NO Santa Ana winds…These winds were gale force, howling, screeching wind gusts, loaded with swirling water, and pelting water drops. Is now, the time to panic, I questioned. OF COURSE, it was, but, I tried to be brave. Little did the others realize, I’d started praying when we found the tent flooded…My prayers, “Lord, if you get me off this island, I will NEVER go camping again”. To my chagrin, I learned that BOATS don’t stay at the island, they return to the wharf!! And they DON’T COME BACK IF IT RAINING HORSES AND DONKEYS!! Not even the cats and dogs were out in this storm, they were safe at home! (End of Part 2)

Sign Up To Receive the Tent Campn News Ezine